Celebrating our Centennial
Keller Bros. & Miller, Inc. is a family owned, commercial, union printing company. KBM was founded in 1916 by Nick Keller, George Keller and John Miller near the southeast corner of Franklin and Chippewa. In 1922 they moved towards what was then the suburbs – the current location at 401 Franklin Street.

Ralph Salerno, grandfather of the current owner, joined the company in 1922, taking ownership in the 1950s. His son John started at the company as soon as he was old enough to wrap a package, becoming a master craftsman, and assuming ownership in 1975. In 1987 John, with his sons Ralph, current President, and John, Jr., launched a reorganization taking KBM into its next chapter. They acquired the building, grew into both floors in 1993, and in 2008 with guidance from the Buffalo Preservation Board, expanded next door into what had been a livery stable, restoring the façade to its original design of the 1890s.

Growth through Acquisitions
A number of acquisitions of local businesses have provided the ability to expand resources and service offerings. In 2011, the acquisition of AlphaGraphics included the services of the former owner, LeRoy Osborn, who continues his work at KBM today. The acquisition of Brittany Industries expanded mail and fulfillment services to the company’s list of capabilities. Petit Printing was acquired in 2013; Rich Petit, the owner, a number of his valued employees and equipment joined forces with Keller Bros., providing the impetus for continued growth in service.

For the first 8 decades the company was known primarily as a political printer. Over time we’ve had the pleasure of providing print services for John Kennedy, the Rockefellers, Martin Luther King, as well as a slew of entertainers and promoters. Today, while they still print some of the political signage one sees in the area, KBM’s customers include ad agencies, manufacturers, print brokers, printers, artists, museums, galleries, unions, professional service firms, and restaurants.

John Sr., Ralph and John Jr. are active in the day-to-day business. Their specialty continues to be quality products, relationships and service.

Click here to learn about our building’s history.
*Photo by Scott Haenlin Photography

Design and print production are fast changing industries where today’s state-of-the-art technology is routinely superseded by tomorrow’s innovation. Keller Bros. continually works with designers and print industry manufacturers to push the edge of our production capabilities. The result is a business culture that puts problem-solving first and ensures that our clients are the first to benefit from new capabilities and efficiencies.

We offer a full range of traditional and innovative printing solutions for advertising agencies, designers, and businesses. By combining time-proven offset printing with additional services like digital printing, Keller Bros. is a solutions-based printer that delivers your best balance for quality, turnaround, and cost.

Our collective experience, together with our equipment and facilities, enable us to produce a wide range of products. Our versatility makes for one-stop shopping. As we develop a business relationship with you, you will find that we are more than another vendor; we are a team who takes a personal interest in seeing that you succeed in attaining your objective. We celebrated our 100th anniversary in 2016. We are successful in this business by continuing to understand and meet our customer’s needs. We welcome an opportunity to share the talents of our team with you.

We bring our best to work every day, because what we do matters – to our client, to the end user, to the employees of KBM and their families. 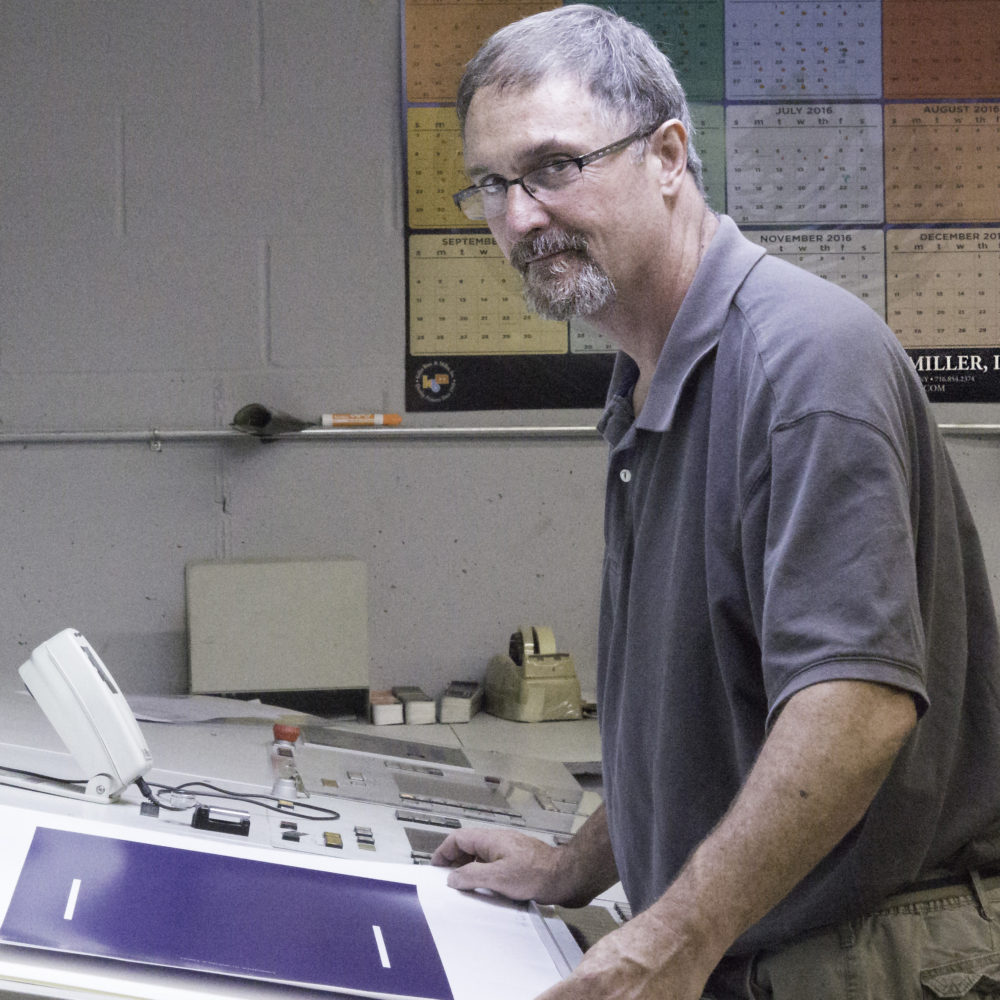 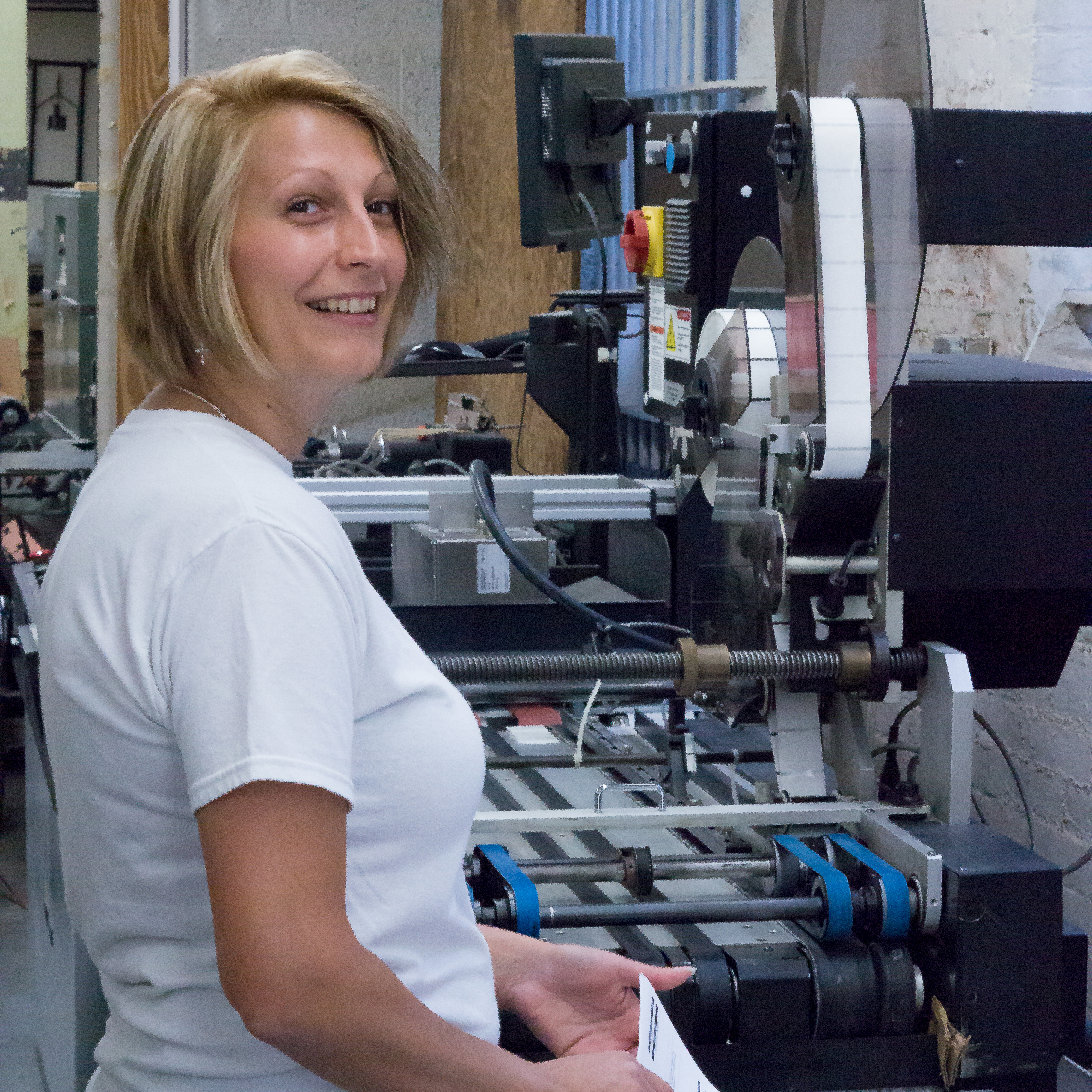 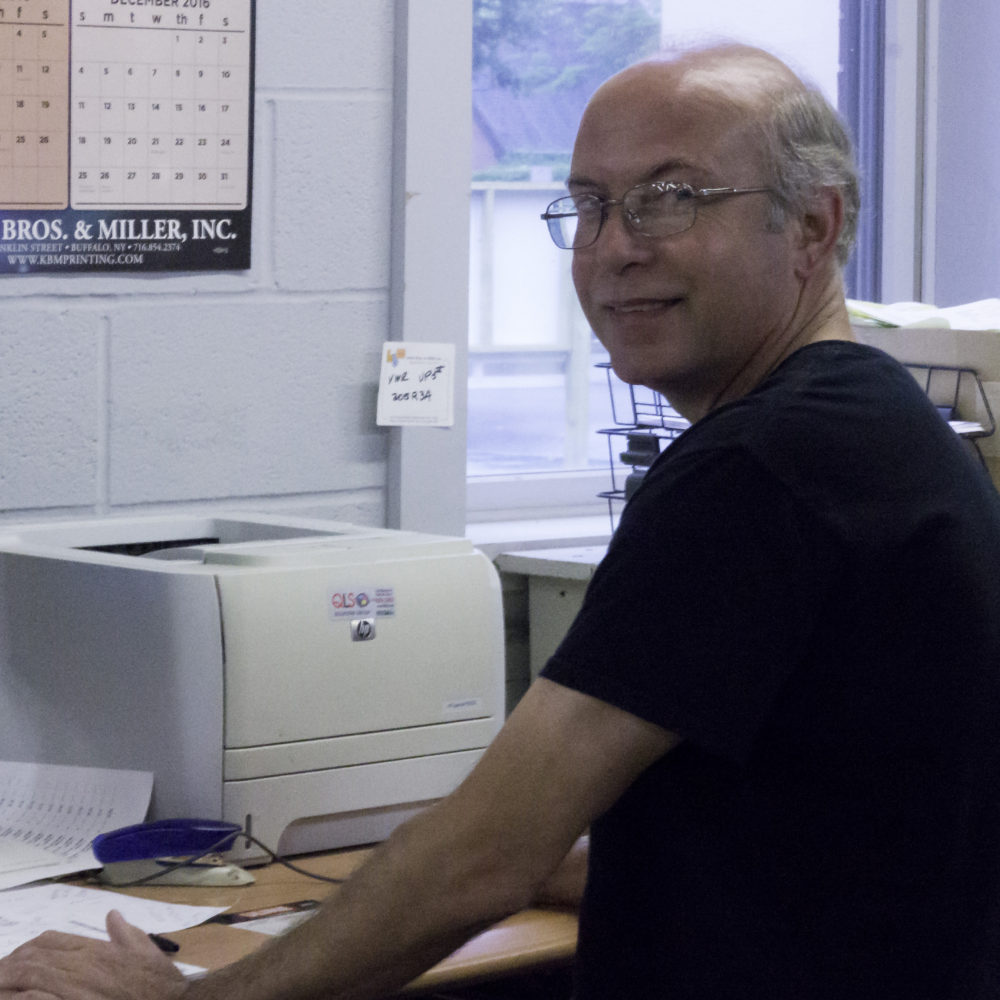 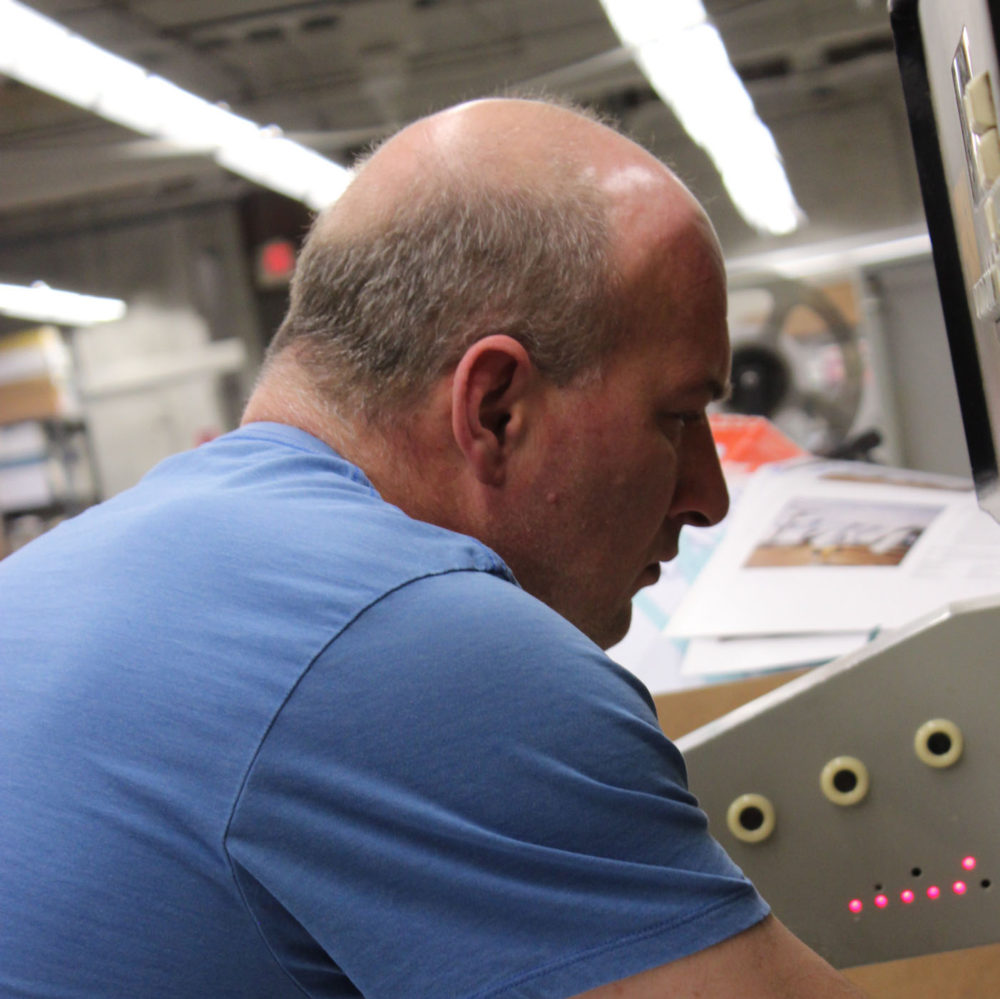 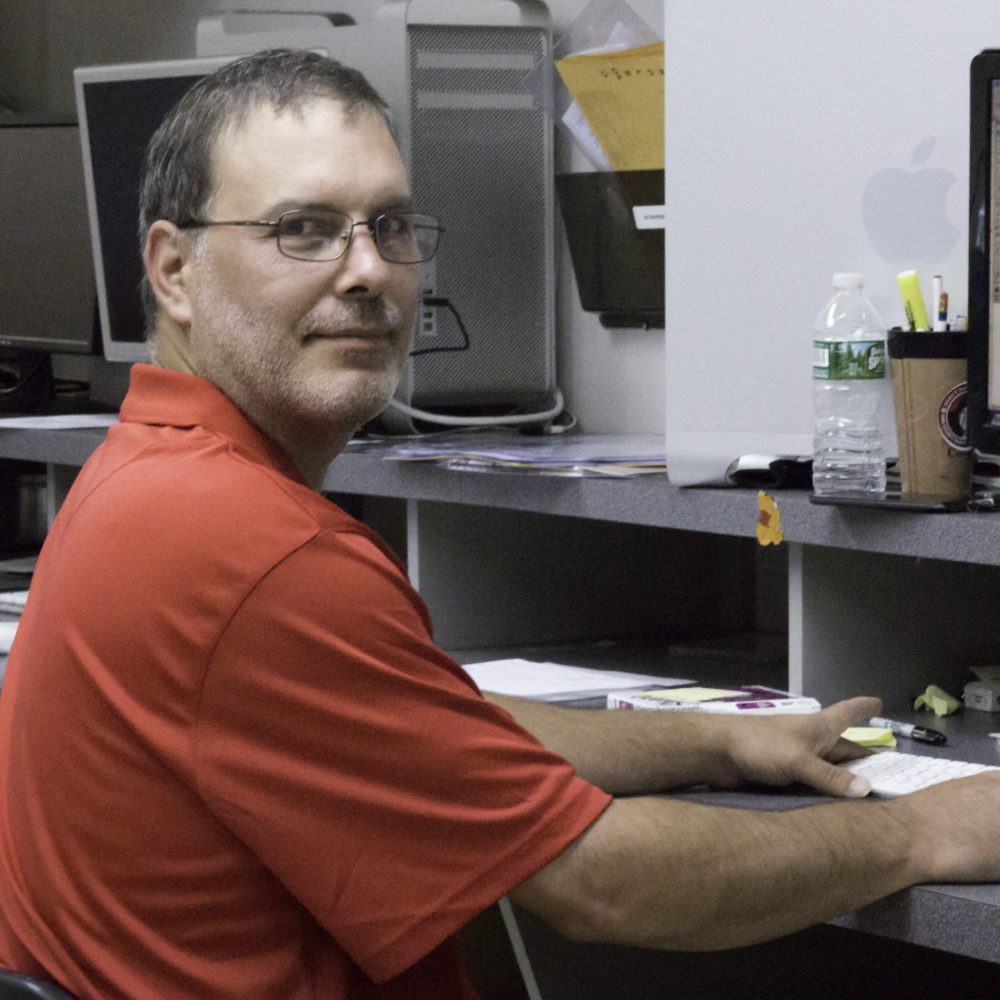 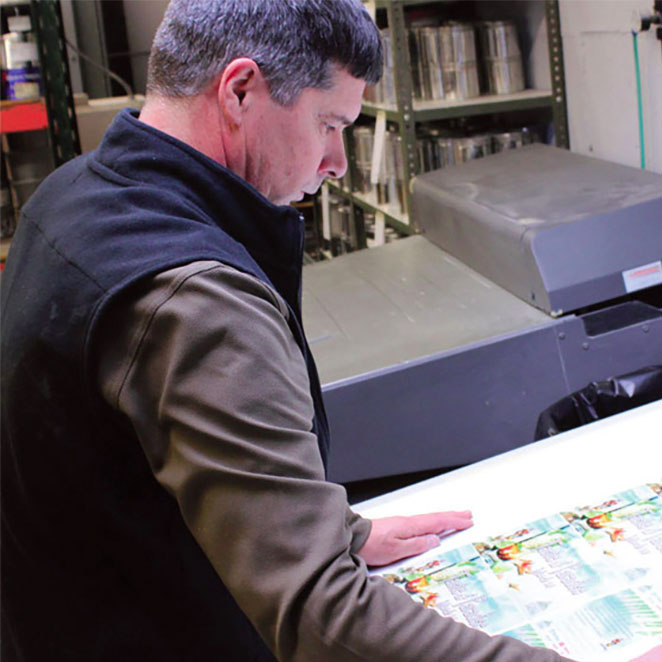 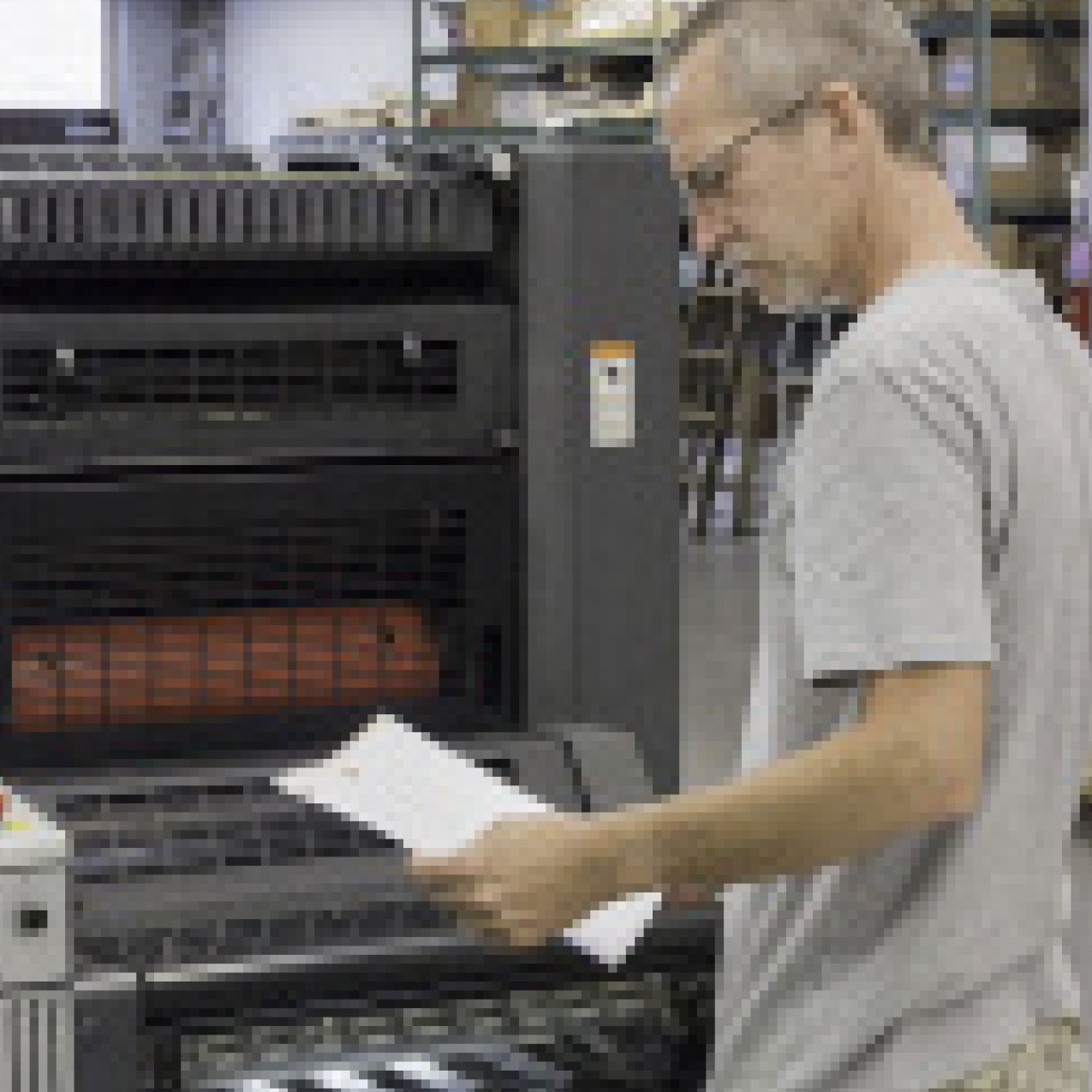 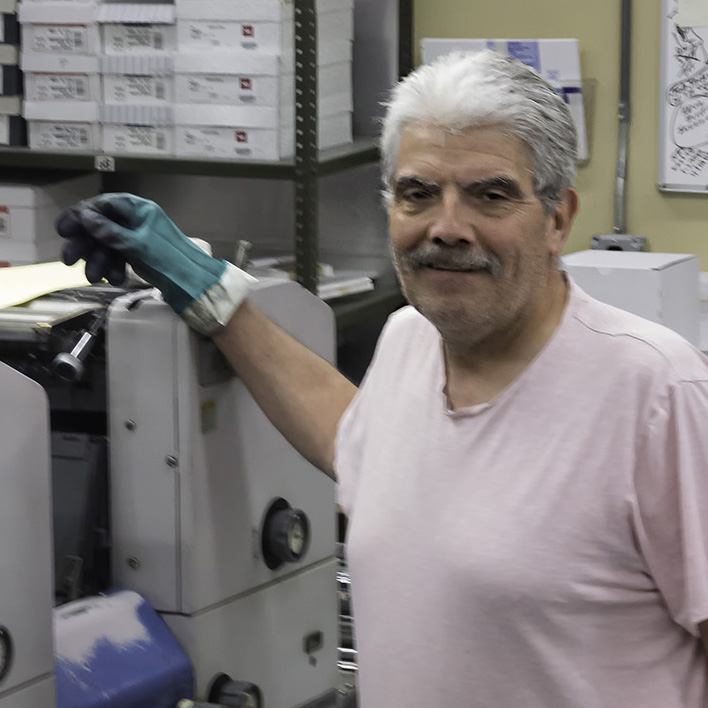 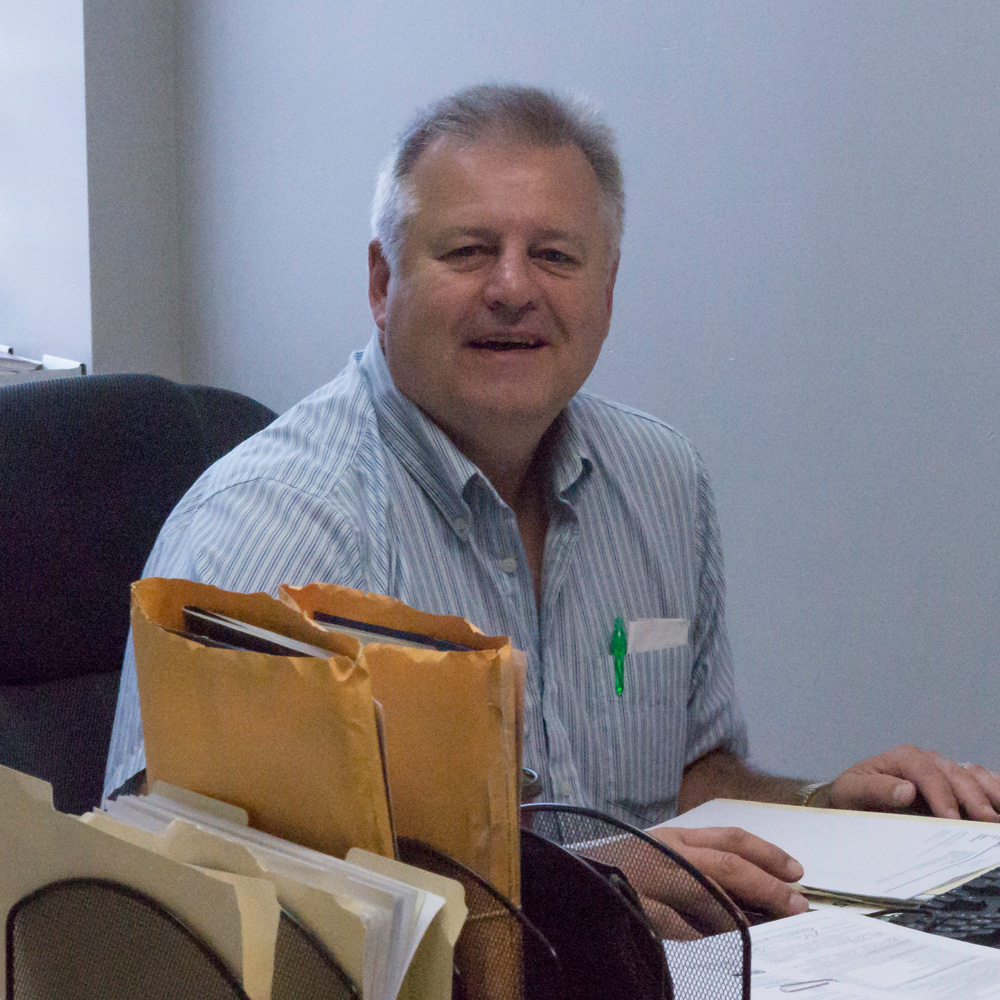 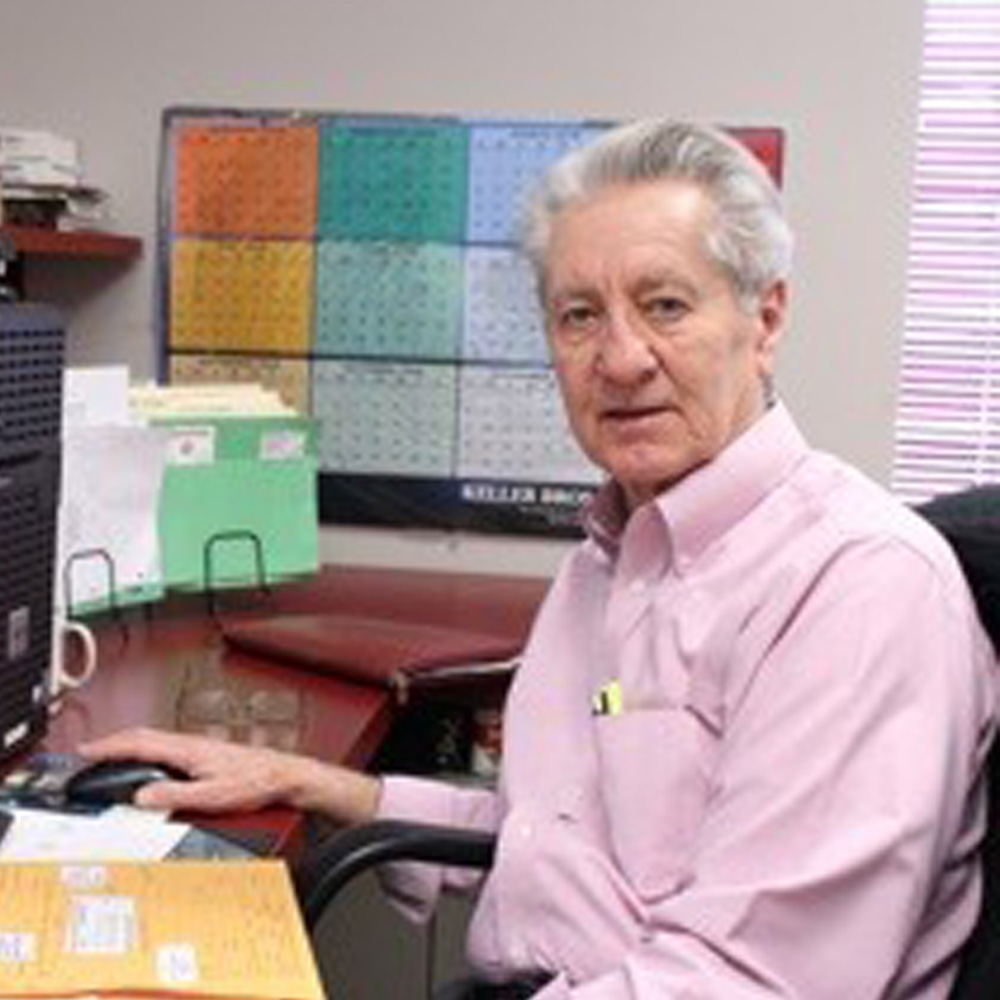 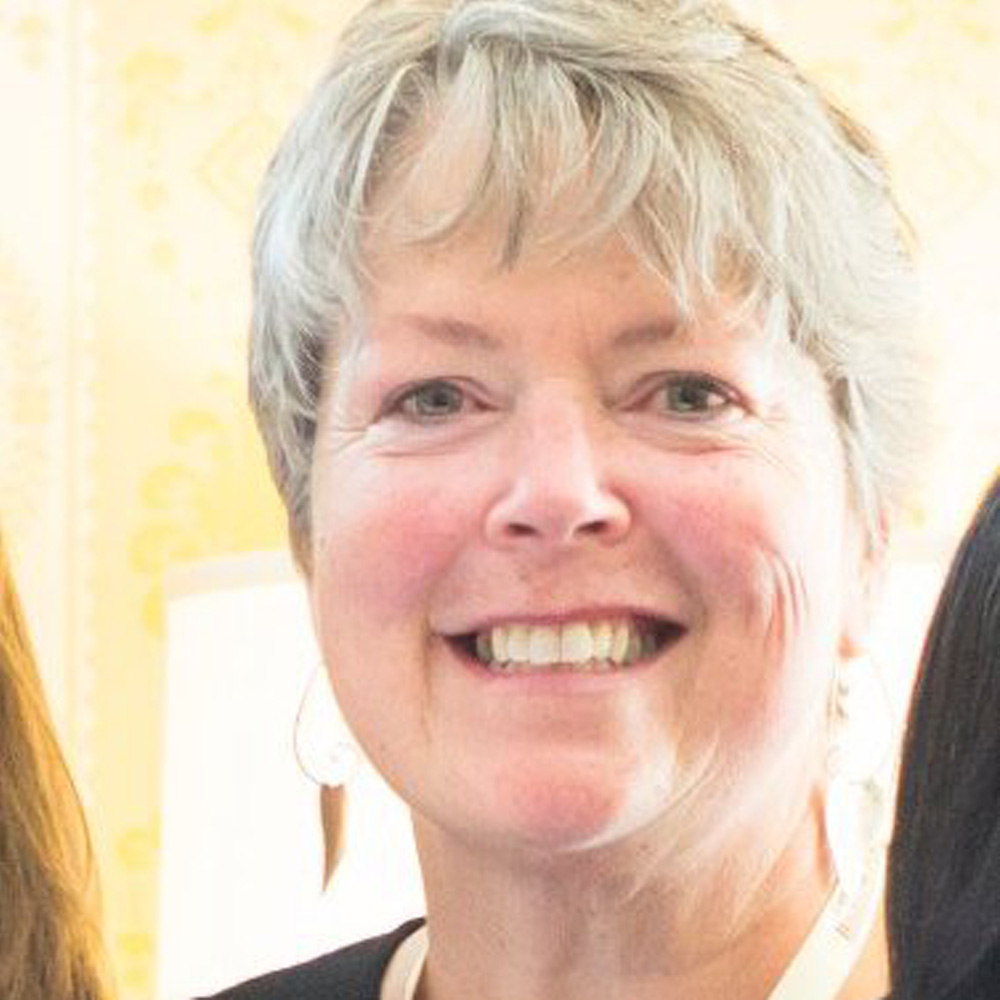 Rena > Office
*All photos except John, Scott and Rena by Scott Haenlin Photography.

We have been in the neighborhood for more than 100 years. We take supporting the local community to heart. The Salerno family has provided leadership, financial support and in-kind contributions to a variety of individuals, corporations, parishes, institutions, and not-for-profit organizations. The fabric of our family and company ensures that we will always be a community minded company.

At KBM we strive to limit our carbon footprint. We’re serious about recycling, from the office and production waste paper and to reclaiming all our used solvents. We hold FSC certification and are investigating the purchase of wind energy credits and installation of solar power. We know that together we make a difference.